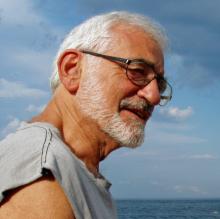 Michael Cantor’s work has appeared in Measure, The Dark Horse, The Raintown Review, Umbrella, SCR, Margie, Chimaera and numerous other journals, e-zines and anthologies. His honors include the New England Poetry Club Erika Mumford (2006) and Gretchen Warren (2008) Prizes. He has been a finalist or semifinalist in the Howard Nemerov, Donald Justice, Richard Wilbur and Morton Marr Award competitions. A chapbook, The Performer, was published by Pudding House Press in 2007. A native New Yorker, he has lived and worked in Japan, Europe and Latin America, and now lives on Plum Island, MA.